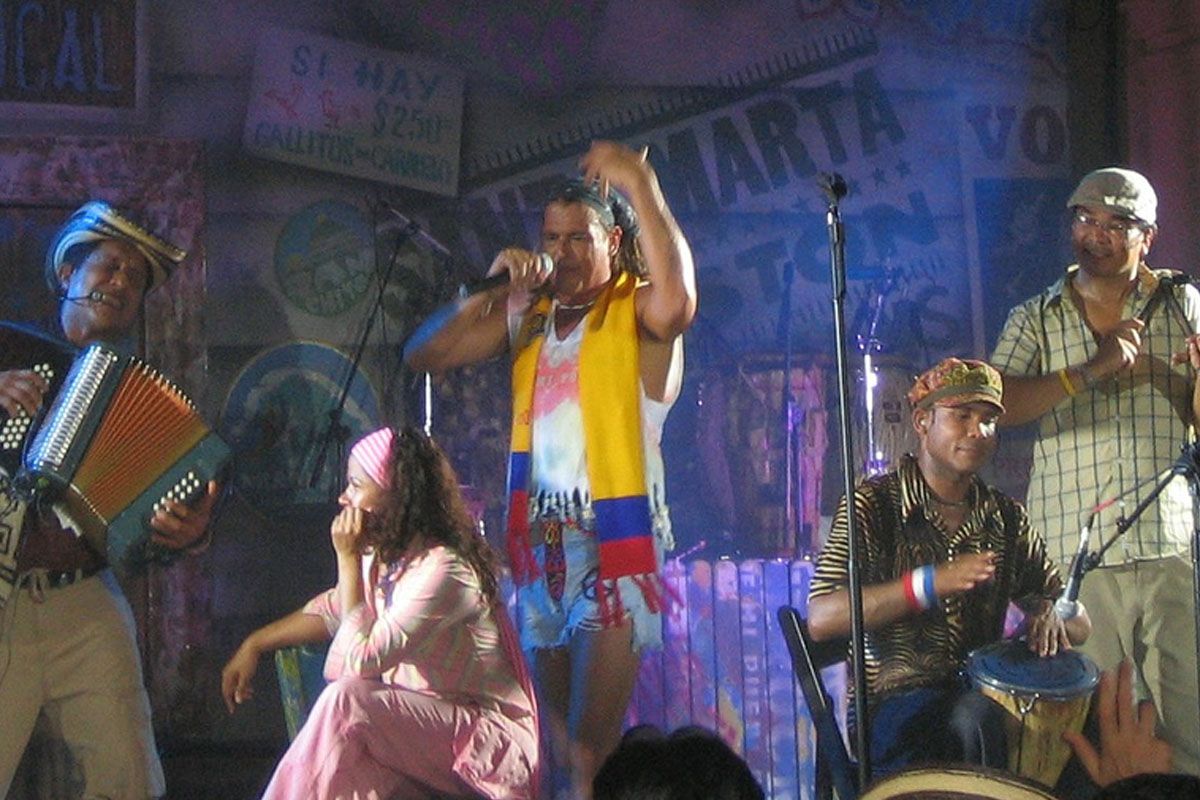 Carlos Alberto Vives Restrepo was born in the city of Santa Marta on August 7, 1961 and since then he has stood out in each of his steps. Colombian singer, songwriter and actor who during his career has shown such impeccable talent that he has been honored countless times, owner of more than 10 Latin grammy, Bilboard and “Lo Nuestro” awards, Carlos Vives has opened to the world with his particular music, his songs of rock and pop or its more traditional mixes between Cumbia and Vallenato has impelled him in a unique way for this market also exalting the great talent of the same. 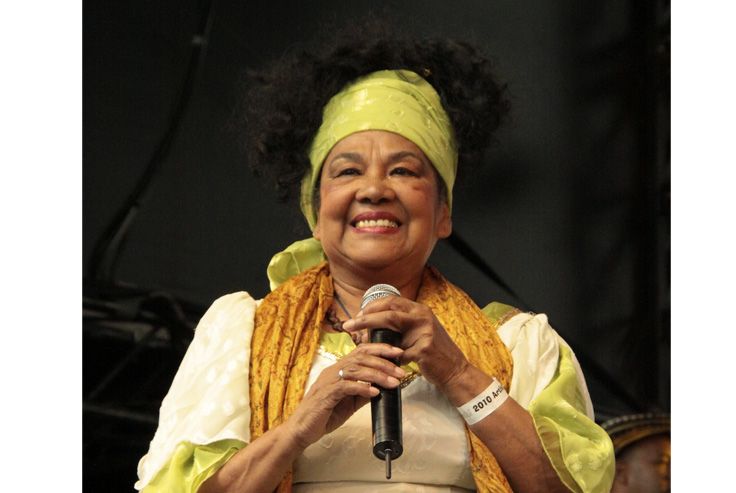 Singer, dancer and teacher of folk music, she is known for his successes as “Aguacero de Mayo”, “Tamborero” and “Mañanitas de Diciembre” among others.
Ambassador of the cumbia and the porro and the Mapalé.
Born in Talaigua Bolívar surrounded by musicians, she became interested in traditional music and Caribbean dances from an early age. She was nominated for the Latin Grammy in 2002 in the category of best tropical album.
He won the recognition of best folk artist because his music is always accompanied by African sounds, bamboo strokes and the fine sound of the leather of a drum. 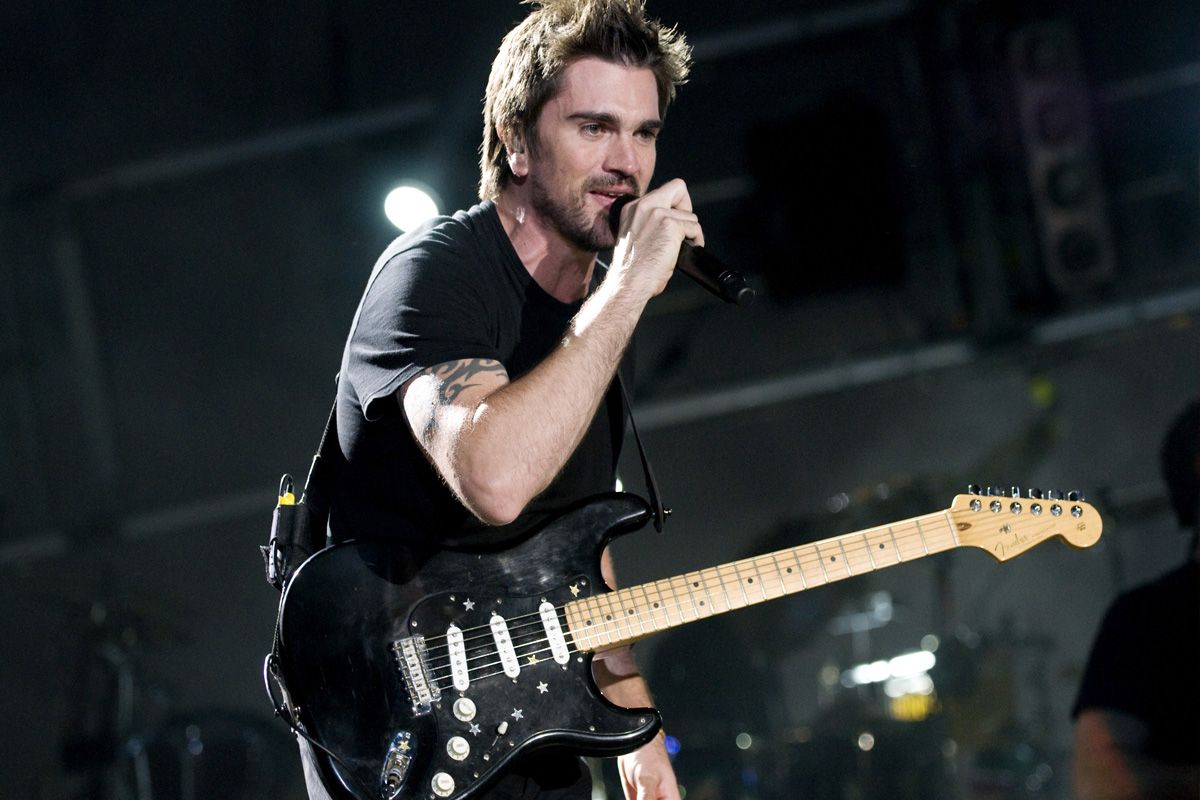 Juan Esteban Aristizabal Vásquez. Colombian musician, composer, and singer who covers different musical rhythms, especially Pop Rock, Latin Pop and Rock in Spanish.
Since childhood, music was his favorite hobby and from the age of 15 he began his career in the musical, gaining international recognition in 2004 with his album Mi Sangre.
He has currently won 24 Latin Grammy and in his musical life has managed to sell more than 16 million albums around the world.
In addition, this talented artist can easily play instruments such as guitar, flute, piano and electric guitar.

José Álvaro Osorio Balvin. Colombian singer of Reguetón and Latin Pop which has obtained a wide international recognition and has managed to position his songs in the first places in important musical lists such as the Billboards.
From a young age he was interested in music and in 2010 he became a revelation artist for many radio stations in Colombia.
He has currently won 102 awards among those MTV Video Music Award and Latin Grammy Awards.
Among her most famous songs we can find: “Ella me cautivó”, “Sin compromiso”, “En lo oscuro”, “Yo te lo dije”. 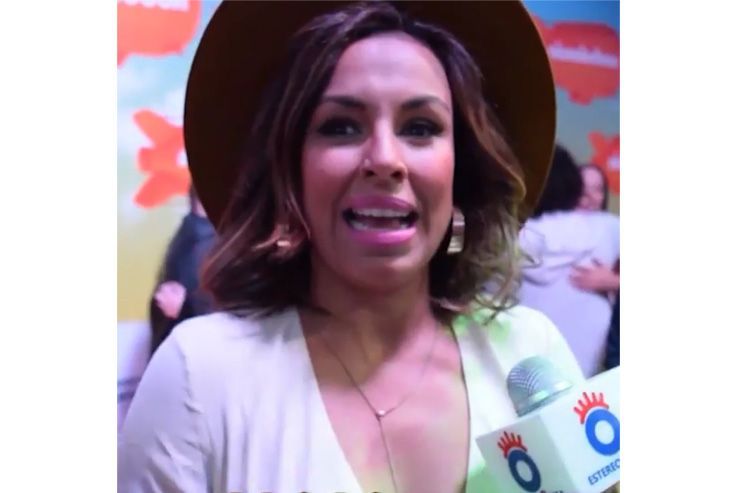 Colombian singer and songwriter, known in the musical genre: pop, ballad, tropipop.
Mónica Andrea Vives Orozco known today with the artistic name of Maía, from a young age was influenced by music participating in musical choirs of the school. Winner of the “Colombia sounds good” contest organized by the popular Sony music label.
In 2003 he released his first single called “Niña bonital” which catapulted it to stardom, 2x platinum disc. He has participated in collaborations with other artists in the genre of reggaeton and currently she is committed to conquering the salsa genre by releasing an album in which it includes songs paying tribute to great singer-songwriters of this genre, including Gilberto Santa Rosa. 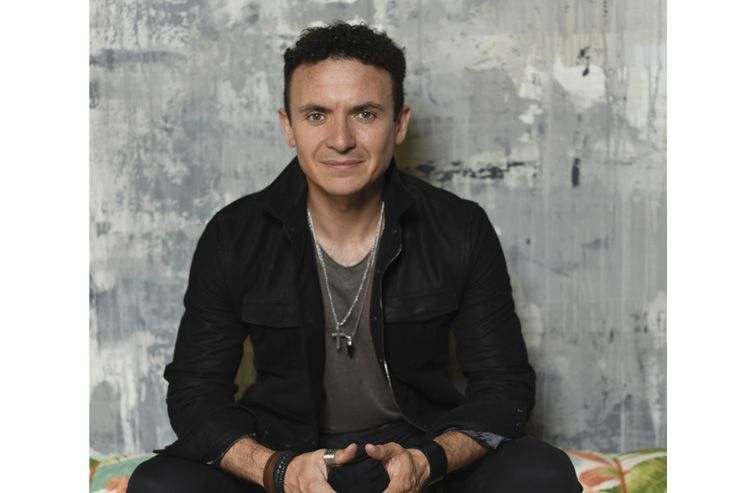 Juan Fernando Fonseca Carrera is a Colombian singer and songwriter of vallenato music, Latin pop and tropipop,
He was first known in 2002 with his homonymous album that had great acceptance, this was consolidated in the music world in 2005 with the album Corazon, which highlighted the song “Te mando flores”, which later took the Latin Grammy to the best tropical song in 2008.
Thanks to his distinguished songs he has achieved international recognition and the reception of several awards. Among those songs we can find: “Te mando flores”, Arroyito, “Hace tiempo”, “Si te acuerdas de mi” and “Vine a buscarte”. 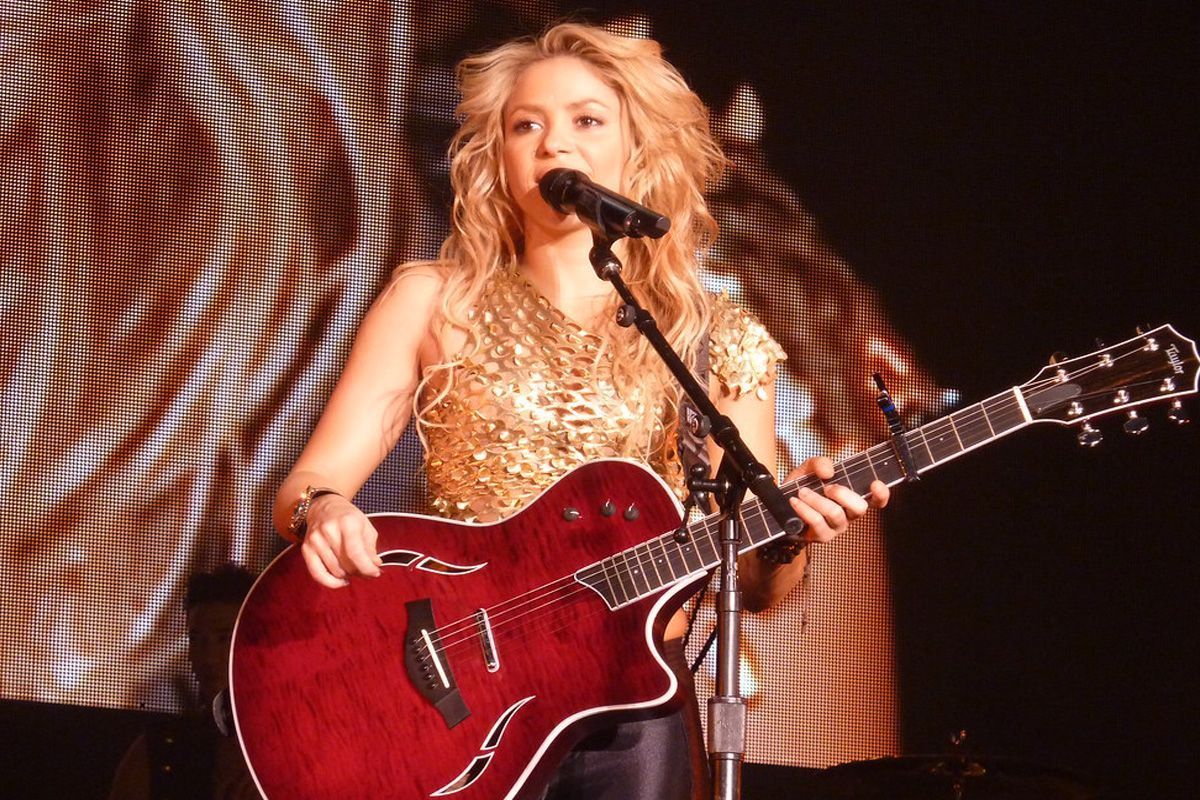 Shakira Isabel Mebarak Ripoll, Singer, songwriter, producer, actress and model are some of the qualities of this beautiful Colombian, Shakira was born in the city of Barranquilla on February 2, 1977. From a very young age she began to excel in the world artistic and driven by his father who at eight years old writes his first song, since then this artist has excelled in various parts of the world with his greatest hits as “Hips don’t lie” “Waka waka” and “Rabiosa” for all these sony music and Bilboard recognize him as the Queen of Latin pop. 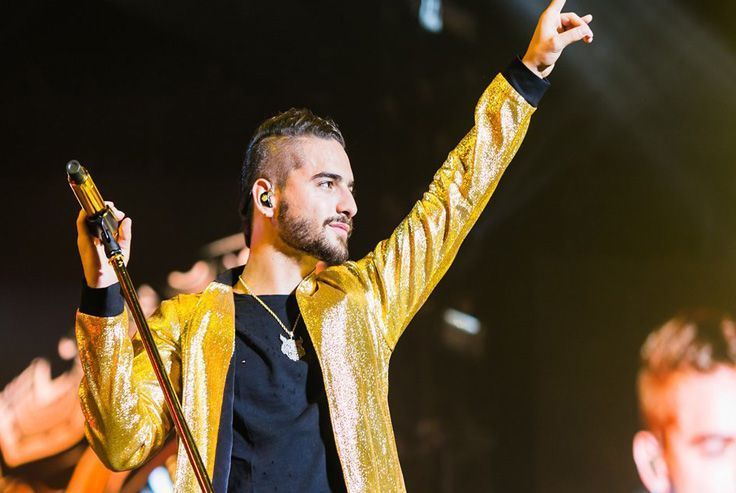 With only 25 years Juan Luis Londoño Arias known in the world as Maluma has been responsible for demonstrating his great talent to the world. This singer, songwriter and actor was born in the city of Medellín on January 28, 1994 under a family that always supported his initial dream of being a footballer, although he did not give it as they expected. The Pretty Boy owns many awards, these obtained through the short years of his career, years worked with the greatest effort. His musical genre is reggaeton and mixtures among other Urban genres. 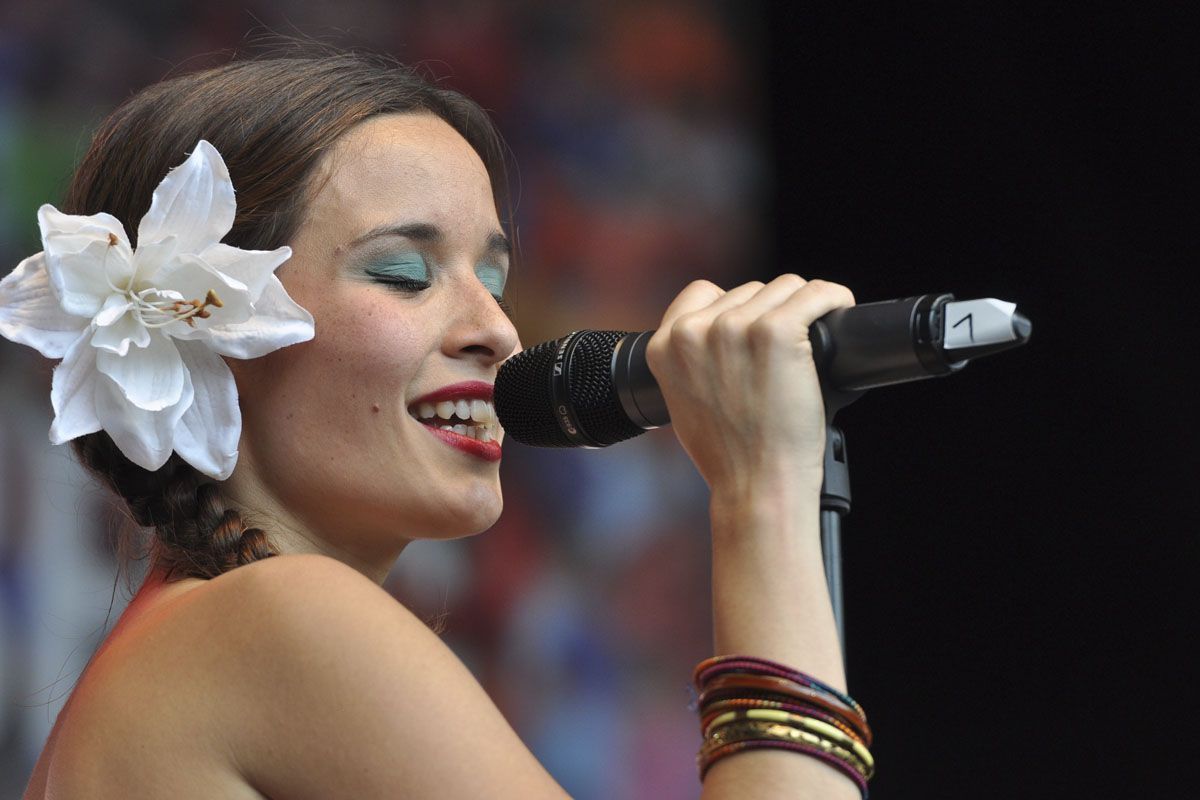 This 33-year-old Colombian singer was born in the city of Cali on February 22, 1986, it was viewed in a very different way because her university career was that of anthropology. This in his time of study meets Camio Parra and Nicolás Junca with whom, among boleros, pop, Jazz and a bit of folklore, they build the band currently recognized as Monsieur Periné where he is a vocalist. 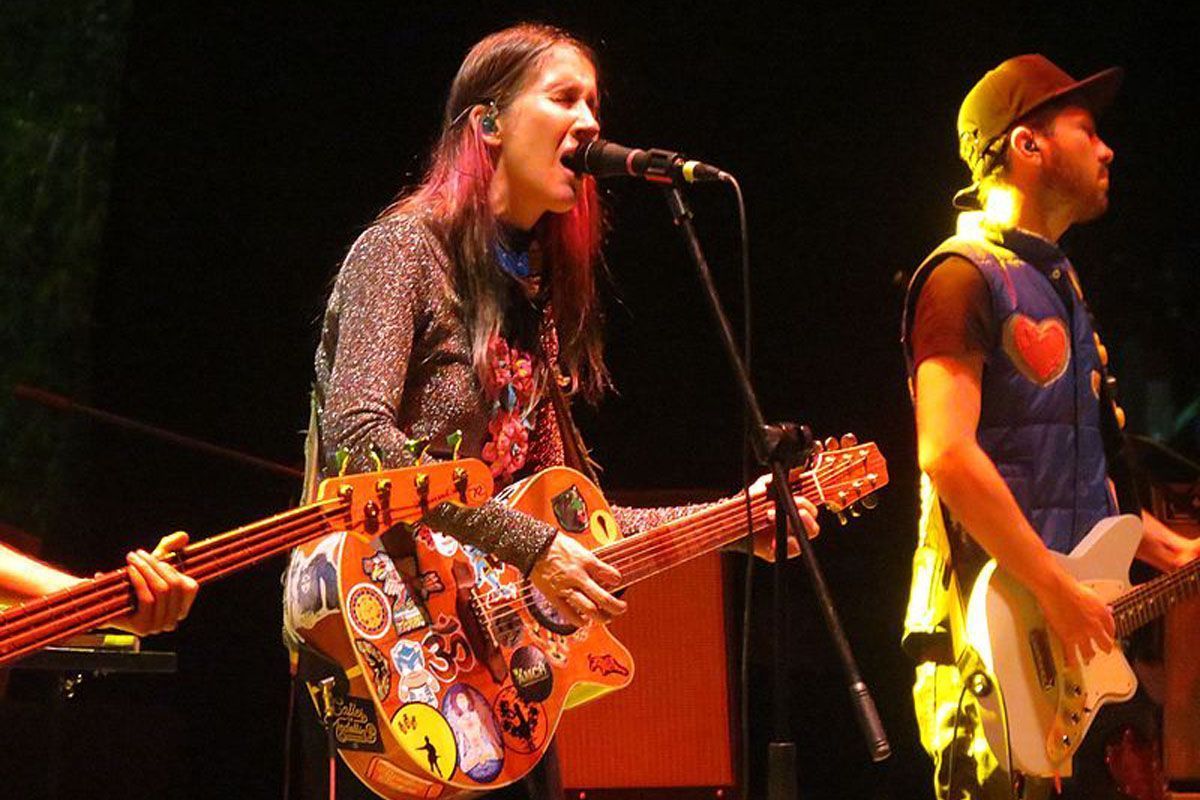 Adjusted by alternative rock, this Colombian band led by Andrea Echeverri and Hector Buitrago has been seen nationally and internationally as one of the best for being considered innovative and genuine.