Colombia is one of the destinations that over the years has become one of the most important in South America, it has mountains, jungles, beautiful natural parks, paradisiacal beaches and the best destinations that are unmissable that you can fall in love with, below you we name some: 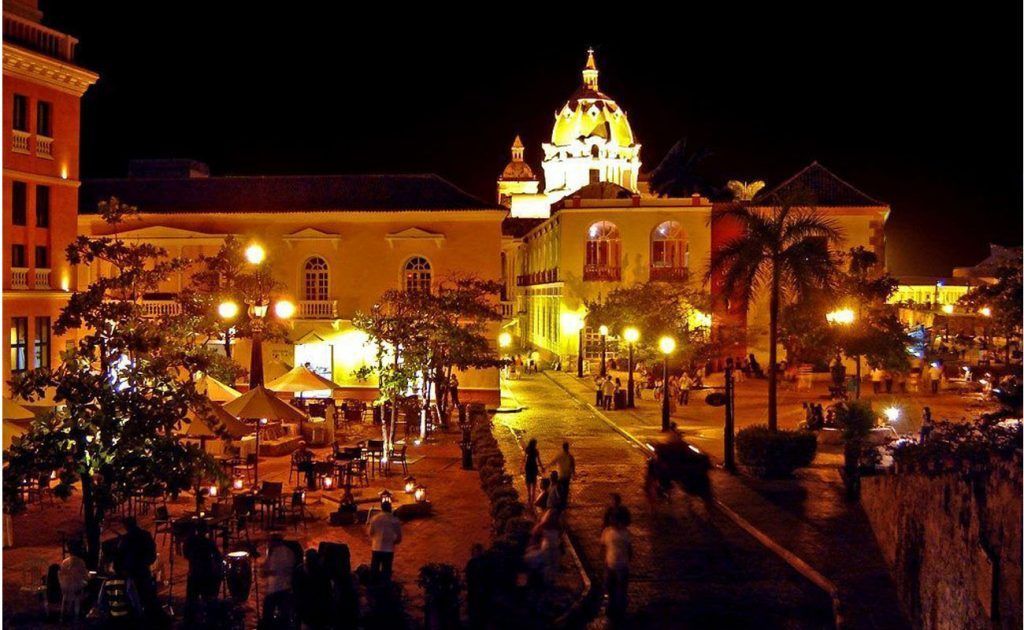 Also known as The Fantastic, The Heroic, Corralito de Piedras or La Amurallada. This tourist and cultural district has been exceptionally notable for its arduous history and unique beauty. Its historic center was declared a World Heritage Site by UNESCO. This attractive wall which surrounds part of this “Fantastic” city is one of the obligatory routes to be carried out by any of its visitors.

The Rosario Islands is a small archipelago formed by 28 islands, in them is one of the most important national parks of all, Rosario Corals. 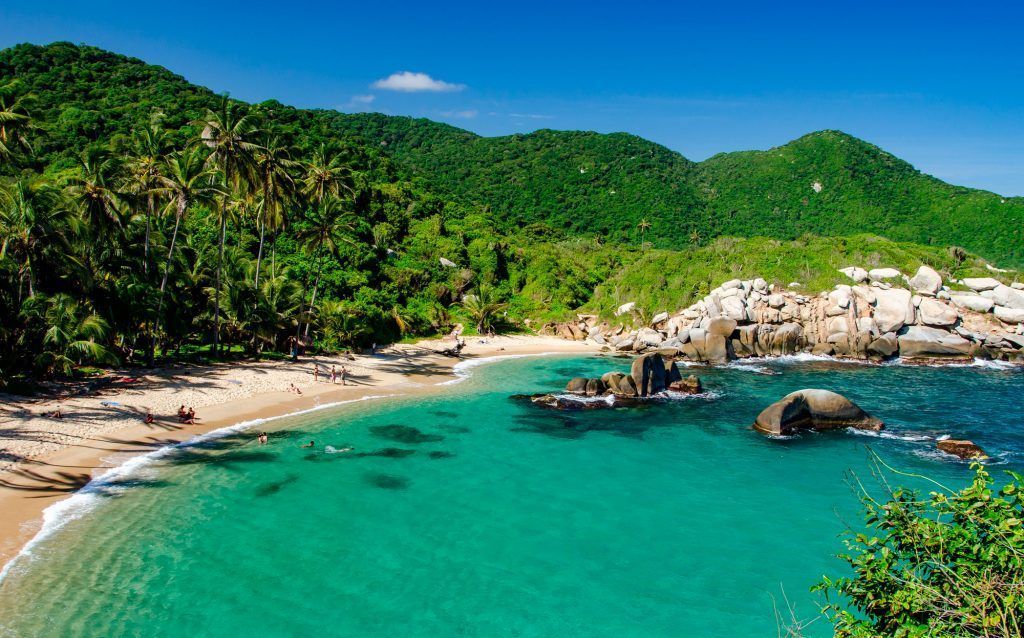 Tayrona Park is one of the best national parks in all of Colombia, it is located in Santa Marta in the Caribbean Sea at the foot of the Sierra Nevada de Santa Marta with landscapes that are pure magic between the mountains and the beach, among the thicket of the jungle and the white sands touching the sea.

It has the best sea in the country, more than 14 beaches that dazzle everyone who visits them. The golden sand, its diversity in fauna and flora both terrestrial and marine make this place the Colombian paradise. 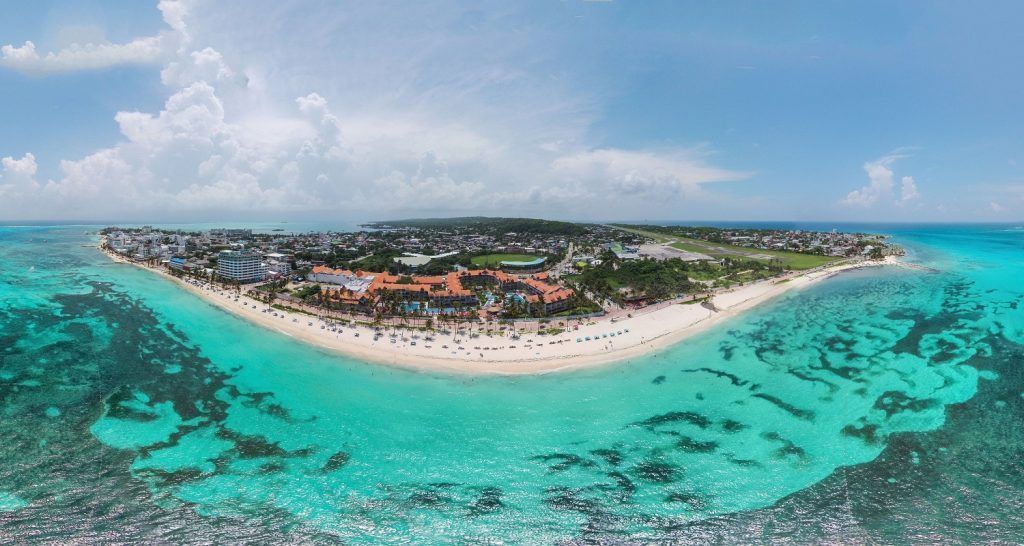 It is one of the most desired islands in Colombia, for its 7-color sea, for its paradise and its culture in particular. It really is a splendid place to visit and relax and take a bath by the sea.

One of the most visited places is Cayo Cangrejo, it is one of the islands that is part of the Old Providence McBean Lagon National Natural Park. It is special to practice one of the most desired activities: snorkeling and diving in which you can see reefs and marine life such as goldfish, turtles, among others. To get there it is done by boat from Providencia about 10 minutes. 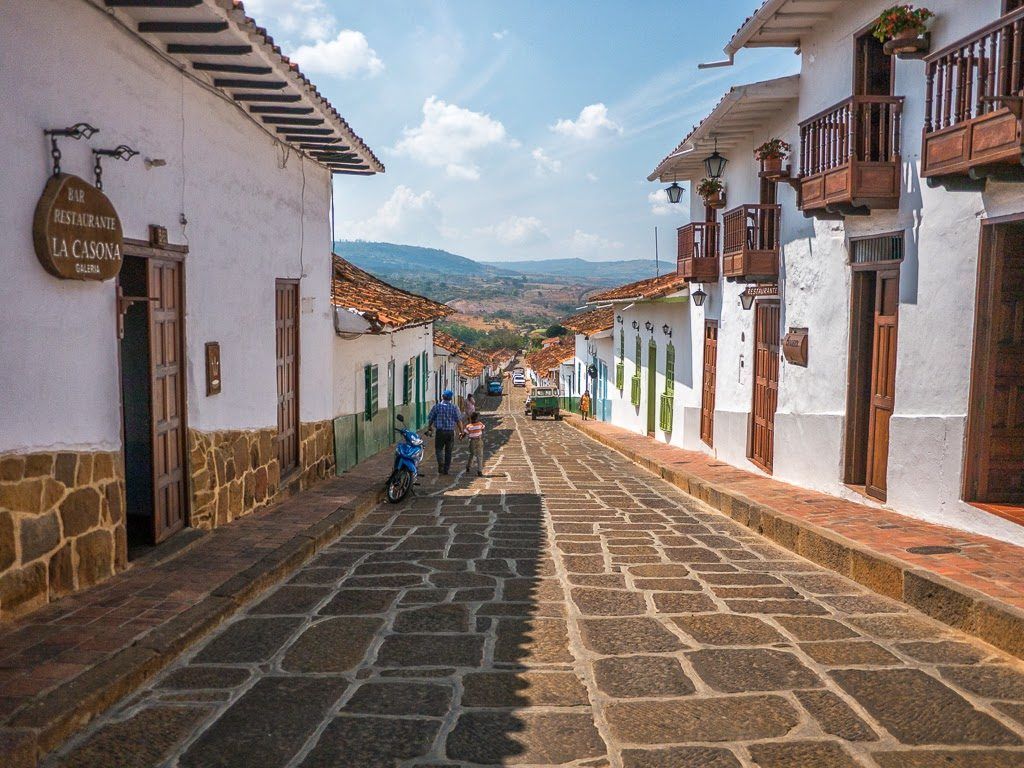 You will identify with the romanticism of its cobbled streets and the colonial of its houses, also called Pueblito Lindo de Colombia. It stands out for the preservation of its colonial architecture, houses with white facades and wooden windows, its platforms and cobbled roads, its churches in reddish blocks, its conservative people and its beautiful parks full of flowers and giant trees, make this place a quiet and beautiful paradise to visit.

With beaches on the edge of the jungle, this place allows you to feel protected by nature among the mountains that surround it. The great biodiversity it has makes up a natural spectacle with the arrival of turtles, whales and a wide variety of fish that invite diving and exploration. This place of another planet with black sand on its ground, surrounded by jungle is a paradise for rest and to connect with the planet. 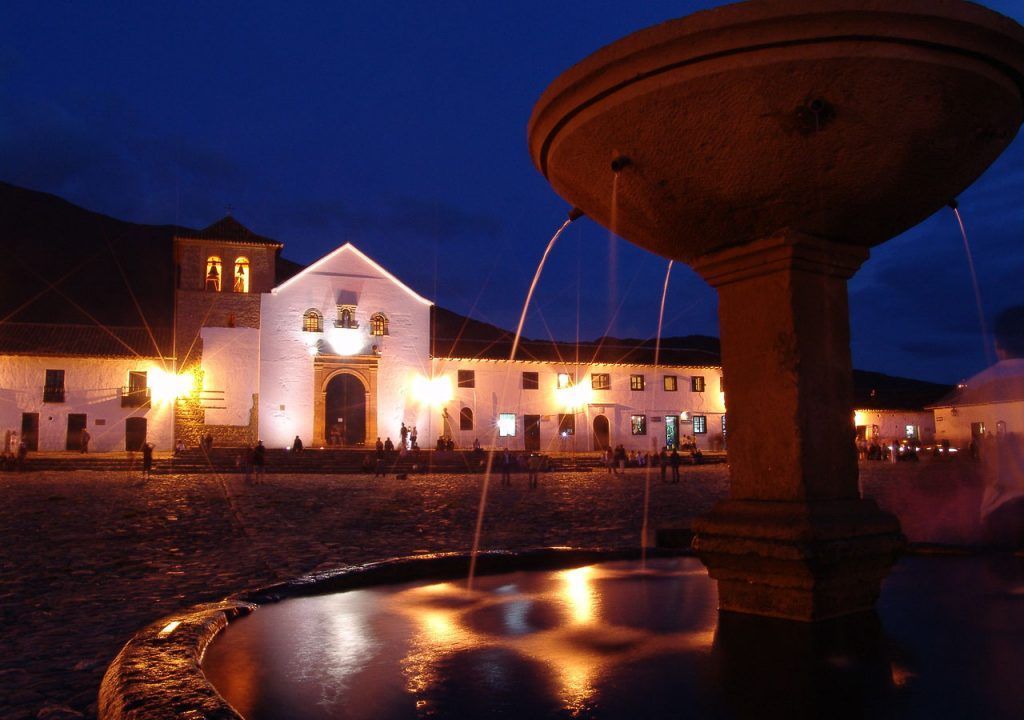 The inhabitants of the town still preserve the traditions and many of the customs of their ancestors, such as the houses with white facades and ceilings with ceramic plates, food, clothing and crafts.

It receives tourists daily and opens the way to a beautiful landscape, you can see the green of the mountains that surrounds Villa de Leyva, and the yellow of a desert that touches its edges at the other end.

The most beautiful river in the world “Caño Cristales”, also known as the River of the 5 colors, beautiful for its crystal clear waters and for the strange vegetation that grows in which is guilty of giving those beautiful colors that enhance the beauty of this River.

Around the river you can see a lot of fauna in the area and a great variety of flora, full of trails for hiking and many recreational activities. 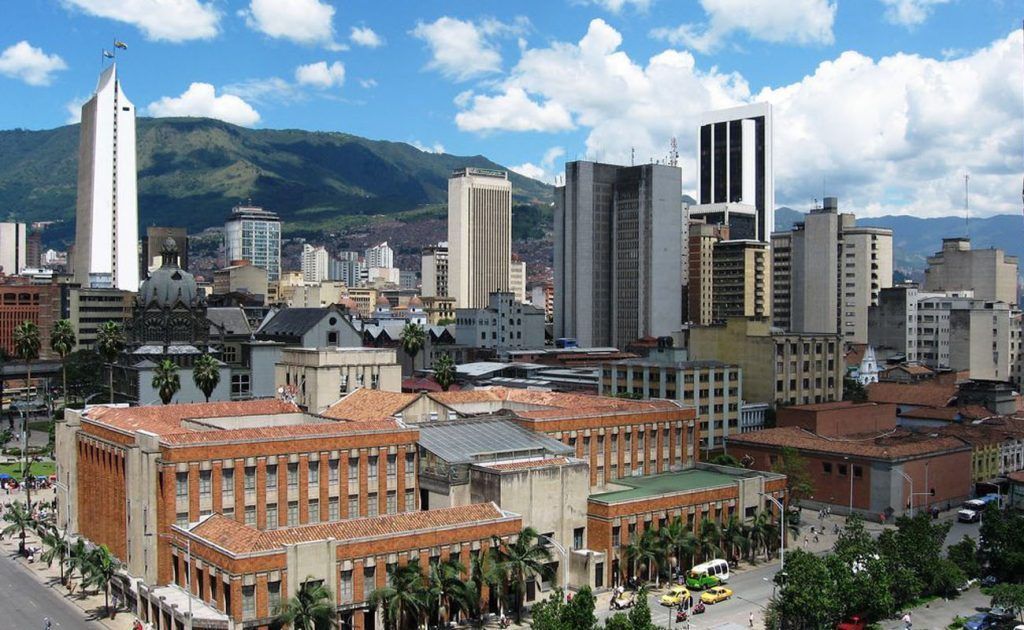 The city of Medellín, despite not being the capital of the country, has many tourist attractions. It is a favorite place for Colombians and foreigners, for its culture, its landscapes, its climate and for all the technological and architectural advances. It is the favorite city to live and spend a splendid vacation.

In the city of Medellín, the Poblado neighborhood is located. Here is the building with the most luxurious apartment towers, the owners in their parking lots have the latest model cars. Such an apartment can be bought for roughly $ 650 million. 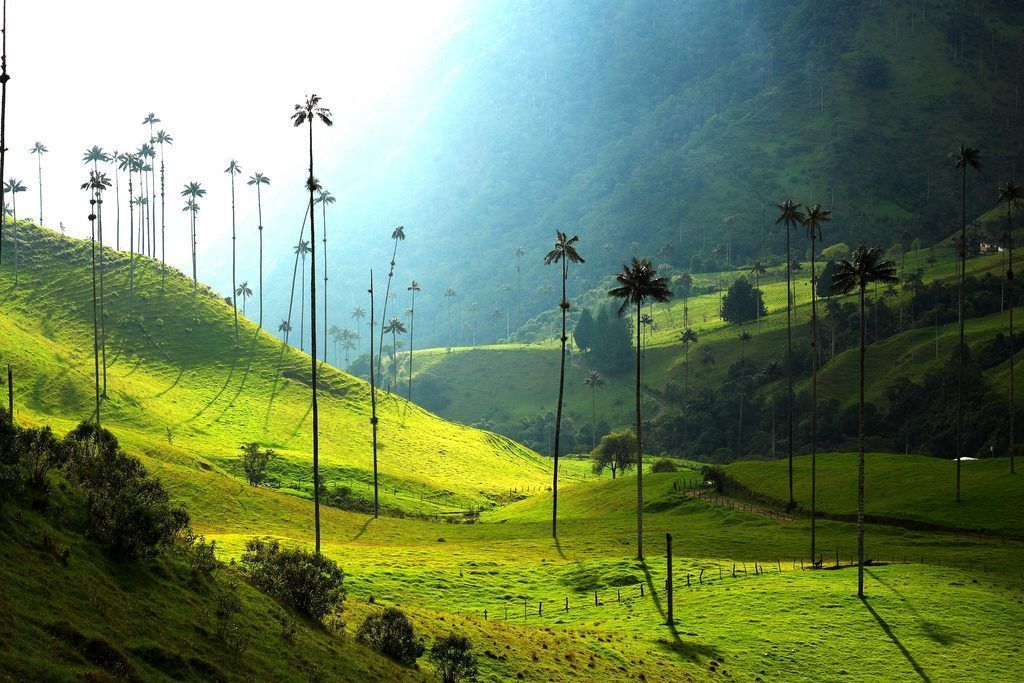 The Coffee Axis has increased the number of visitors in recent years, due to the attractions and charms that have made it a place to visit internationally.

The Cocora valley, contains the palm that has a length of 60 meters to 80 and this has the the ability to live 200 years. To reach to this site, there are several routes and ways to get there, it is best to be in horse since the site is quite complicated. 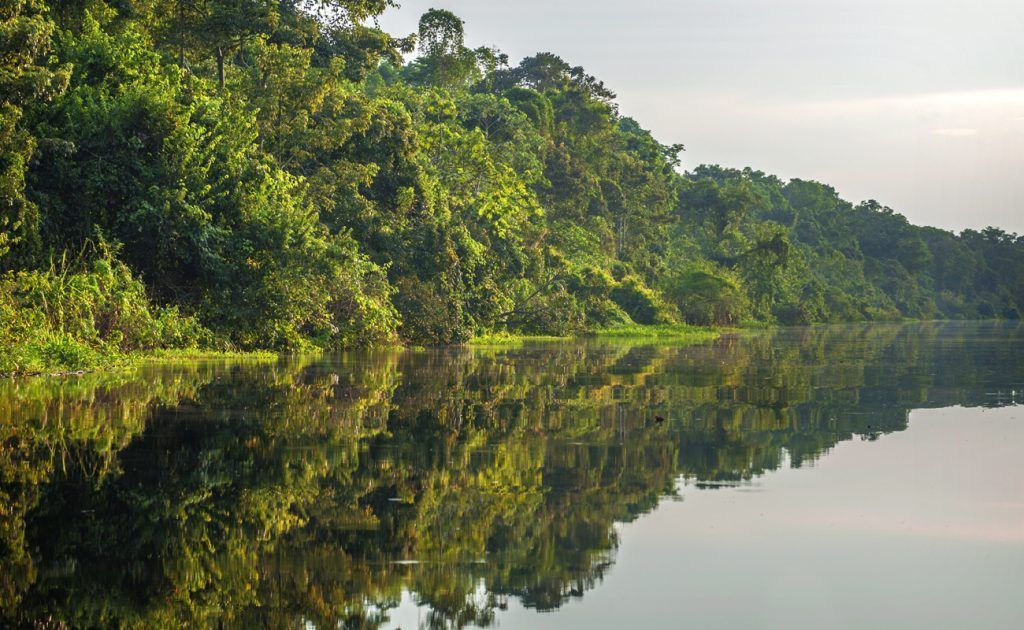 Amazonas is the most alive lung in the world, its ecological beauty makes it unique. If you are an adventure lover, here you will find the best of them, you can observe its fauna and flora, rivers, waterfalls. You can even see a number of ecosystems and animals that they only see each other in that place. This magnificent place can only be reached by airway. Touristically speaking it has grown, because the different Airlines provide two daily flights. It also has 12 indigenous communities of the settled ethnic groups of Bora, Huitoto and Tikuna. Here you can live an experience and a cultural learning of ethnic groups.