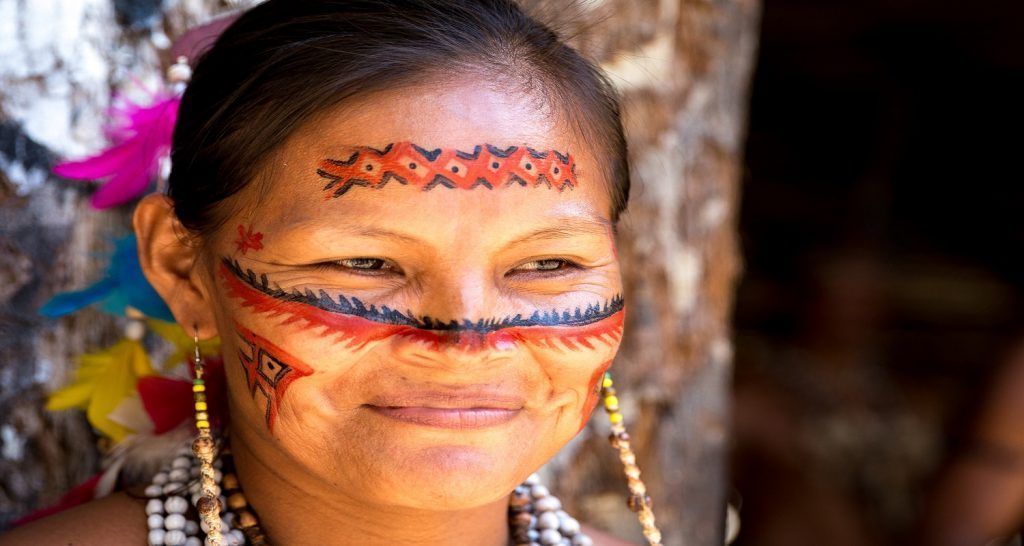 Settled in the Amazon in their great majority, this indigenous group live in houses shared with several families, these houses are called Malokas. Their food is based on prepared foods that they themselves collect from their crops, one of the main dishes is cassava made from yuca.

This group of indigenous people live in the north of Colombia between the departments of Cesar and Magdalena in the Sierra Nevada de Santa Marta, their mother tongue is Chibcha, their economy is basically from food agriculture such as yuca, corn, banana, among others.

They are located in the valleys of the zinu river in the Gulf of Morrosquillo between the departments of Cordoba and Sucre. Nowadays they are organized by local councils, which is a group of people headed by a mayor and various assistants who are in charge of governing. Its main activity is agriculture and crafts, also fishing.

They live in the jungle between the rivers of the Guaviare. This indigenous people is maintained thanks to hunting animals such as birds, fishing is also essential for their food, they also collect honey and wild fruits from the jungle. To join a couple, they must go through a series of rituals that highlight subsistence skills. They speak the language that is part of the Maku – Puinave family.

They are located mostly in the department of Tolima, its economy is based on agriculture and harvesting of cotton, potatoes, cocoa, among others.

They are located in the department of Guania and Guaviare. Their language has not been recognized yet but they relate it to the Maku language.

This indigenous town is located on the banks of the Apaporis river in the Vaupés department. Its language is Arawak.
Its economy is based on the horticulture of yuca, fruit and yam crops. They also fish and harvest wild fruits.