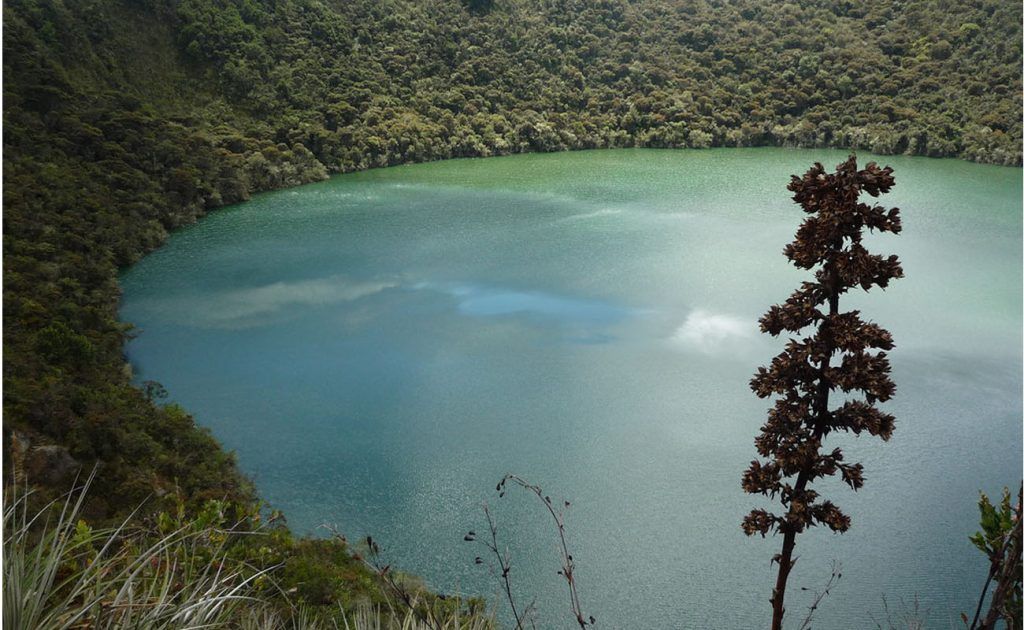 We will start our trip from Bogotá and through the savannah of Bogotá where we will arrive at the old town Muisca de Sesquilé (word that in Chibcha means ‘hot water’), from where it ascends to the Laguna del Cacique Guatavita. There,

in pre-Hispanic times , the ceremony of the offering took place, during which the chief covered his body with gold dust and plunged into the lagoon while the people threw goldsmith figures in it as a sign of worship and thanks to the gods, especially the Sun.

The route continues to Guatavita La Nueva, which replaced the town that was flooded in the second half of the 20th century to form the Tominé reservoir.